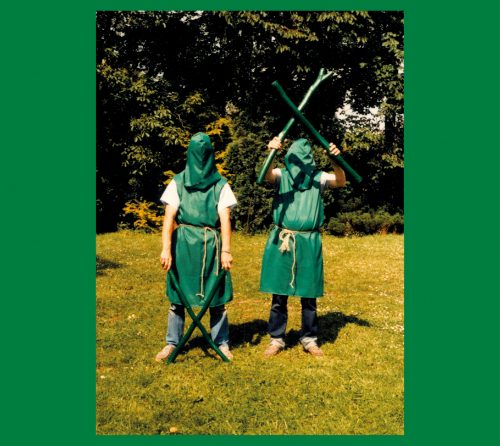 Previously unreleased Henning Christiansen work from 1984. A dedication to George Orwell. Someone he was very fond of. In 1977 Henning visited the USSR only to become a staunch anti Stalinist. A pro Trotskyite who, when visiting the USA, also saw Big Brother watching the US in the same way in the USSR through media and the journalists that worked for each side to manipulate the masses. Henning painted his ear green that year because he wanted to listen to nature and not the media and politicians. Performed at the Møn Musikfestival in the green ear year, 1984 with his first son, Esben, a local celebrity for his work in rock music. Encountering this performance people were very upset that Esben was not playing the rock music he was known for resulting in them setting fires and yelling at our trusty duo throughout the performance. Henning and Esben continued until the end. This was the last performance Esben did, he never played rock music or performed again after this.