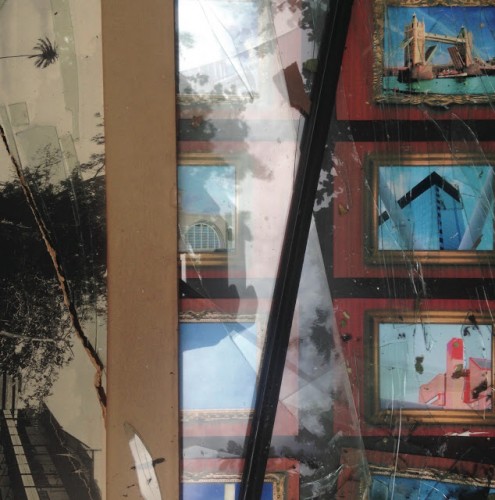 Mark Harwood‘s third album under his Astor moniker slips away from the obtuse atmospheres and concrete field recordings of Alcor and Inland (released on Graham Lambkin‘s Kye label in 2012 and 2013 respectively). Lina in Nida sits more in a melodic electronic framework covering a wide range of sonic and emotional states.

“The East” initiates proceedings as a proposed anthem for Britain during a potential invasion by ISIS. Things soon move into the uncomfortably claustrophobic “The Landowners,” where an oblique narrative by Estonian artist Kris Lemsalu spirals into a blurred fantasy of musical roads, nocturnal wanderings, and entrapment under floorboards. The B-side relocates itself further out as “They Cling to Each Other” hovers over uncharted ketamine lows while “The Sleepwalkers” lurches around a spider-like environment. “Amusement” tackles a cosmic music, but one that hurtles itself far beyond the outer regions of the cosmos, while “5:00am” contains within the greatest sound known to mankind. As a further shift from reason, Lina in Nida is a thrilling expose of intense atmospheres, emotional states, and ecstatic physics.

Recorded in a bedroom in Clapton, East London, throughout 2014 and ’15.

Mastered by Rashad Becker in August 2015. Matte sleeve with artwork by Mark Harwood and design by Maja Larsson.