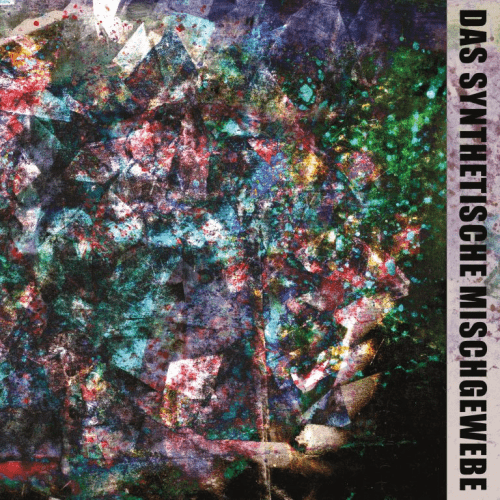 Pentiments makes its first foray into the 7 inch format with a new and vivid work by the indefatigable French sound artist Guido Hübner, AKA Das Synthetische Mischgewebe. Borrowing its title from the identically named epistemological text “Le Trouble” by French polymath Francois Dagognet, the two-part work puts forth an intricate and compacted compendium of the electromechanical vocabulary that DSM has made his calling card. Contained within are deft-handed tradings back and forth of various bristling, jagged and flatulent objects, some devised via manners of brute bricolage and others constituting even finer filigrees that seem to crystallize and disintegrate in matters of seconds. One might indeed argue that the concision of the 7 inch format has condensed the pressures of his sonic metallurgy into forming a discrete sound object more strikingly refractive and iridescent than may have ever been possible on a long playing record.

33rpm disc in an edition of 100 copies with full color labels, jacket and 7″ insert featuring artwork by Guido Hübner. Mastered by Jos Smolders.

“As an aspiring label curator with a vision as big as my bank account is small, the release schedule of Guido Gamboa’s Pentiments imprint really speaks to me: barely more than ten entries since its inception in 2015, and yet every single one is a winner. So when any new stuff drops, one had better pay attention, because the Chicago artist/owner-operator is consistently an esteemed source for the best in sonic bricolage, field recording, sound research, and artful nothingness… and after this newest batch ten minutes is all you’ll need to reaffirm that reputation, because that’s the short, deceptively modest amount of time it takes to listen to this new 7″ by the inimitable German project (now solely represented by Guido Hübner), of which I can be quoted as commenting, “this is one of the best things I’ve ever heard.” All of the aforementioned stylistic realms are at least sparingly present in the two succinct cuts, and both Hübner himself and the amazing work he’s done here seem to nicely sum up the elusive appeal of the array of rickety but nonetheless present vestiges, continuations, and homages to 80s mail art/cassette collage that Pentiments makes so many contributions to—Les Troubles, though it sounds plenty fresh and exciting, brings to mind so much of the past (whether you were actually here for it or not). On “Marge,” scratches, shuffles, and sibilations both expansive and claustrophobic (somehow) spread outward into ambiguous dimensions in skittering, meticulous webs—sometimes it’s like putting your ear right up to a label printer, others more of velcro-rip and marble-track orchestra. “Raccord” is more overtly percussive and metallic, first stringing itself up with threads of brass bells raked across concrete and junkyard ambience before tunneling into a spiral of shrieking scrapes and agitated objects, tiny, intricate tinctures swirling together in enthralling unison—micro- made macro-. Enshrine me forever in this lattice of sublime textural tactility… please.” – noise not music