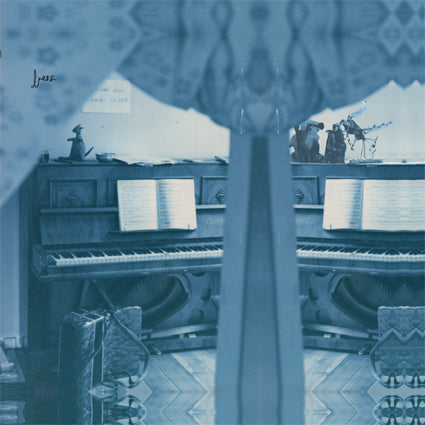 “By the mid-1990s, there was a quietly thriving underground in Wellington, New Zealand, made up of a number of loosely aligned operatives – Surface of The Earth and their World Resources imprint; Fever Hospital and 8 Dec, and the music made by the members of The Garbage & the Flowers after that group temporarily dissolved in 1992…” One of those rather short-lived groups was Dress, who on record consisted of Yuri Frusin and Helen Johnstone from The Garbage & the Flowers and Kristen Wineera from Entlang. Their sole release was a lathe cut 10″ released in 1995 on their own label Hell On in a total run of 120 copies. Fördämning Arkiv here presents those wonderfully puzzling tracks to a wider audience, now pressed as a 45rpm 12″ with the original recordings remastered for vinyl by Ben Wright Smith. While the ambience is kind of similar to what was going on in the early The Garbage & the Flowers stuff, the music that was made by Dress was very different: improvised and non-song-based but kept in place by repetition and odd melodies. Hypnotic and perplexing music that existed in its own parallel universe for a brief moment in time. The 12″ is packaged in a sleeve with slightly reworked artwork though staying very close to the original 10″ cover and comes with a 16-page booklet featuring extensive liner notes by Jon Dale, lots of photos and a reprint of the interview with Helen Johnstone and Yuri Frusin published in Opprobrium #1 in 1995. Edition of 500 copies.