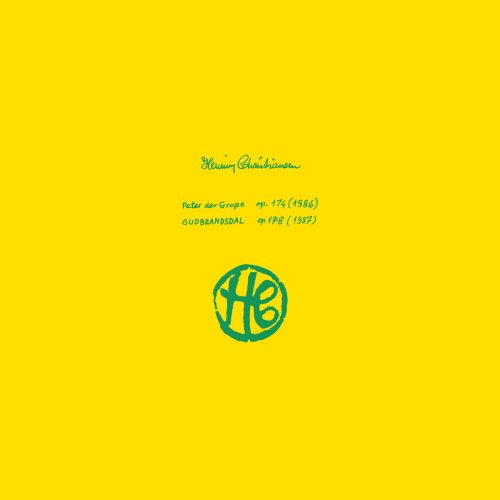 Two of Henning Christiansen’s tape works from the 1980’s, ‘Peter der Große op. 174’ (1986) and ‘Gudbrandsdal op. 178’ (1987), are now released for the first time by the Institute for Danish Sound Archaeology. Originally composed for different contexts – ‘Peter der Große’ as the score for a German radio feature and ‘Gudbrandsdal’ for a performance in collaboration with Joseph Beuys and later Bjørn Nørgaard – the two works stand out in Christansen’s extensive and many-faceted oeuvre by employing almost entirely electronic sounds. Peter der Große involves electronic instruments like synthesizer and a crackle box, while Gudbrandsdal employs a more minimal approach and aesthetics through the heavy use of echo effects and manipulation of the tape speed. Both of the tape works carry a heavy atmospheric tone and are set in a largely electronic sound world. Two absolutely enthralling and immersive pieces of tape music, now available for the first time. 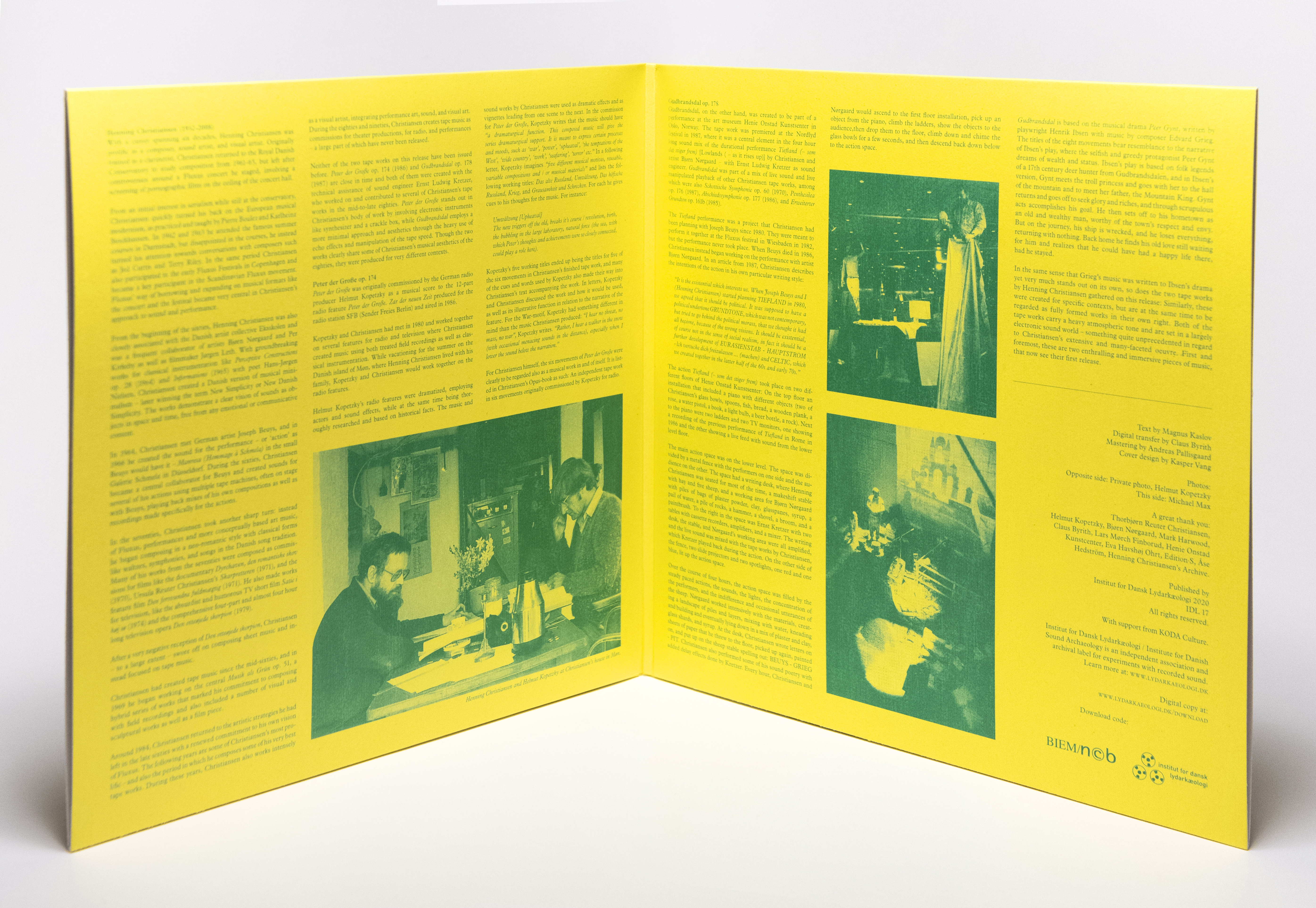