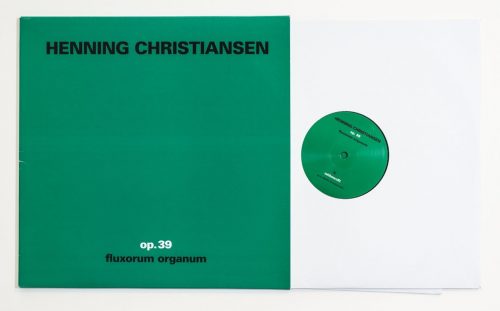 MINT. Archival copies. ESSENTIAL. In 1967 Henning Christiansen proposed to Joseph Beuys that he, Christiansen, composes a major work for organ titled fluxorum organum for Beuyss planned Aktion Eurasienstab. Beuys and Christiansen agreed to structure fluxorum organum in five sections. Henning Christiansen composed a piece with five movements. The organist Franz Meiswinkel played the composition on the organ in D_ɬºsseldorfs Liebfrauenkirche. Henning Christiansen recorded the entire performance with a manipulated tape machine. The first Eurasienstab Aktion took place in 1967 in Vienna at the Galerie N_ɬ§chst St. Stephan. There the final tape version fluxorum organum was played. In 1968 there was a repeat performance at the Wide White Space gallery in Antwerp. There was a film made of the performance, which, however, remained a fragment and included only the first and a bit of the second part of Christiansens composition. The film fragment is only about 20 minutes long. In the summer of 2008 Henning Christiansen gave me some old tapes with the complete recordings of his composition Eurasienstab — fluxorum organum. Marcus Schmickler restored and remastered these tapes at Piethopraxis Studio, Cologne. On the recordings the actual playing times differ from the instructions in the score. The total duration of this recording is 72 47. — from the liner notes by Ursula Block / gelbe MUSIK. Comes with two booklets, reprints of the original notation (15 pp.) as well as typewritten annotations (5 pp.) by Christiansen, limited edition of 450 copies. Highly recommended!” 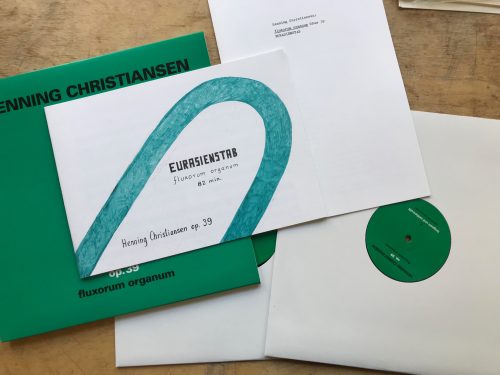