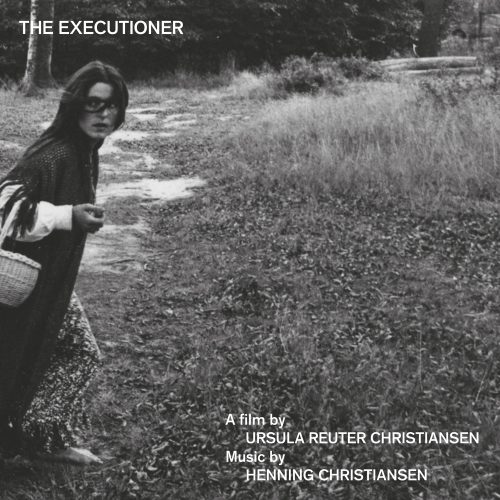 First in a series of two releases unveiling the previously unissued soundtracks made for the films of  Ursula Reuter Christiansen by her partner and collaborator Henning Christiansen The Executioner (Skarpretteren)  is Ursula’s first film from 1971 and is now considered one of the most important works of early Danish feminist art.  A highly praised recent show at the Statens Museum for Kunst in Copenhagen highlighted the pertinent themes and ongoing urgency which lies within this bold symbolic work. The exquisite score is one of the key neo-romantic works in Henning’s far reaching output. A deeply melancholic set of vocal based works which place the listener deep within the tension and despair of Ursula’s themes. This unique vinyl presentation also features nature sounds recorded for the film on the island of Moen along with surprising works that defy anything else in Henning’s output. Assembled from the original master tapes sourced from the Henning Christiansen Archive by Mark Harwood and remastered for vinyl by Giuseppe Ielasi, The Executioner arrives housed in a reverse board sleeve with printed gloss inner sleeve featuring a host of images from the film and comes in a limited edition of 500 copies on sorrowful black vinyl. https://soundcloud.com/quockenzocker/henning-christiansen/s-7JbIC