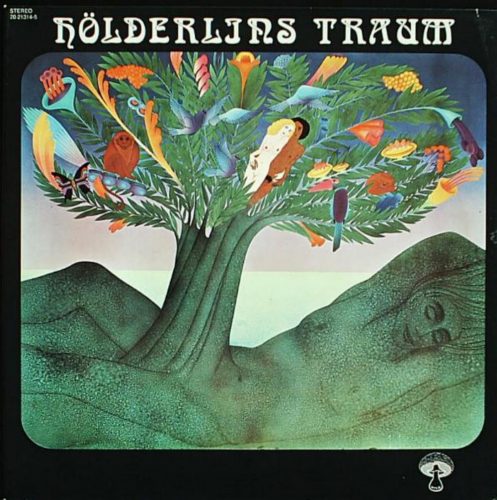 The legendary debut album of the Krautrock-Folk outfit from 1972. Produced in the Dierks-Studios.

Friedrich Hölderlin. Originally, they were a family band, the core was the brothers Christian and Jochen Grumbcow, with Christian’s wife Nanny as lead singer. Their debut HÖLDERLIN’S TRAUM (aka “Hoelderlin’s Dream”) aptly lived up to its title, superbly recorded at Dierks’ studio, with a trippy cosmic feel, progressive folk, full of rich textures, psychedelic, medieval and classical touches. The multiple strings: violins, cellos, acoustic guitars, along with flutes, piano, and rock instruments including Mellotron, made for a rich diversity, all topped-off by Nanny’s delicate singing. (Crack In The Cosmic Egg)