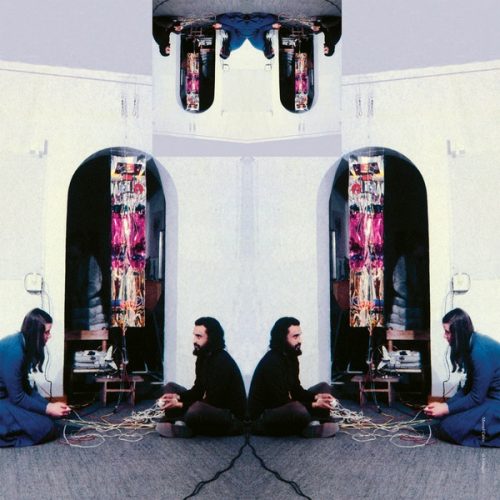 Alga Marghen presents the uncompromising El Artilugio, a previously unreleased sonic assault presented in 1968 under the auspices of Walter Marchetti’s Zaj in Madrid. Manuel Calvo was a forerunner and a protagonist of geometric abstract painting in Spain between the ’50s and the ’60s. His personal poetic research was close to that of other artists developing the principles of an analytical art in opposition to the main currents of informal art and lyrical abstraction. Experiences that projected Calvo in a more international dimension, especially through the short but significant collaboration with Galerie Denise René in Paris, a leading European art gallery in that period and catalyst for artists producing geometric abstraction, kinetic art and optical art. The end of the collaboration with Denis René, as well as a short stay in Brazil at the beginning of the military dictatorship, led Calvo on one hand to a critical vision of the established art system and its dynamics, and on the other hand to the radicalization of his libertarian ideas and the upturning of his artistic strategies. Back in Spain, in 1966 and 1967 he decided to become independent from the art system by opening a studio in Calle Alcantara in Madrid and transform it into a taller-exposición, or a laboratory where he could held a permanent exhibition of his works. A space open to public with no temporal limits aiming to reverse the functional paradigm of a standard exhibition space. Calvo was attracted by the idea of using light and movement as materials for his work, a principle originated from kinetic art which he discovered while in Paris some years earlier, and at the same time he wanted to criticize the mechanistic, repetitive and predictable process of cause and effect as the only factor activating people’s perception in front of these kinetic artworks. With these premises Calvo created for this space El Artilugio, a participatory permanent installation where the effects of light variations were randomly activated through simple buttons by a no-longer passive audience. This way the installation not only became an open structure with unlimited possibilities of random variations, but through the use of a reel-to-reel recording machine and a pre-recorded magnetic tape it also introduced a sound element, activated during the process, something that represented an absolutely new element within that cultural specific context. The idea came after finding an old electric engine at the Rastro, the ancient flea market in Madrid. A young Catalan anarchist who worked as electrician and who was passing by the taller-exposición in Calle Alcantara managed to repair it and make it work. Once the engine had been started through a process similar to the one used for the lights, Calvo recorded its parasitic noises which he would then reproduce through the reel-to-reel machine during the participatory installation. To this first sonic component of the tape he associated, by contrast, a second part with the recording of an Austrian soprano singer reading out phonems, alliterations of single words, tongue twisters and texts in different languages, repeated in an obsessive way in a style similar to sound poetry. The tape ends with a coda of parasitic noises from the engine, still manipulated with push-buttons, fading out in a glissando. Gatefold sleeve; includes LP-size, eight-page booklet with exclusive photos from the installation as well as a text by Gabriele Bonomo; edition of 250.