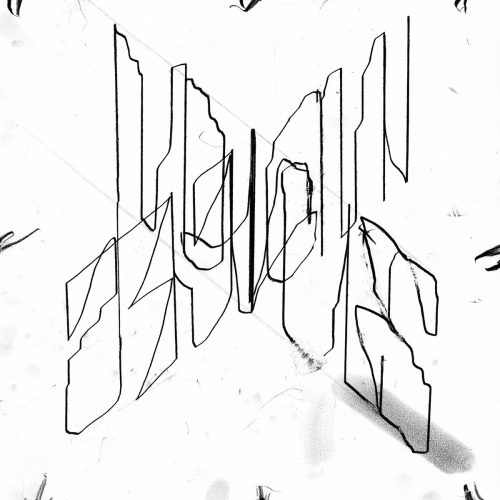 This LP forms a performed index to a body of artwork called ‘Obstacle Corpus’ that encompasses drawing, writing, photographic and book works, video and sound. For the recording, I alternated between two pianos played at once while performing a spoken text. The text was written in two parts, using the titles of 75 so-called ‘Obstacle’ artworks made during 2019, dispersed into a new text entitled ‘Field’ that was written in the form of a drawing. Tape recordings of the performance were exposed to magnetic fields and amplified back through a piano using electromagnetic and physical contact with its strings, making a circuit that occasionally emitted sparks while short-circuiting during the recording.
– Rick Myers, December, 2021

It was only a matter of time before Rick Myers’ journey as a visual artist, film maker and writer finally converged with the phonographic format, and for those who have followed his 30 year developments from celebrated graphic designer through to his self-propelled multidisciplinary artistic exploits, it has been nothing less than a waiting game. Alongside a seemingly endless list of performances and exhibitions which count MoMA NYC, The National Poetry Library in London, White Columns in New York and The…  more