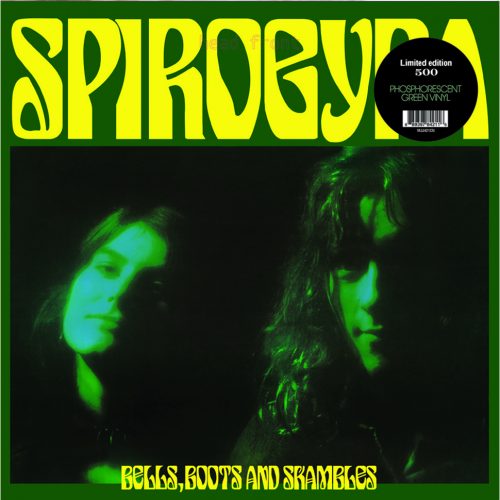 Simply put: this is our favourite Acid Folk record. Just the best. We wanted and tried to re-issue this on PP but was nigh on impossible. This is a bootleg but just get it. Rules! We fckn LOVE this record.

Limited neon green colored vinyl. Spirogyra are a British folk / prog band that recorded three albums between 1971 and 1973. Their final album, Bells, Boots and Shambles, appeared on Polydor in April 1973 and sold very poorly. The album was a highly stylized mix of psychedelic, flowery-folk / contrasted with some harsh socio-political overtones- and many dubbed post-production sound effects, most tracks blending into the next one. All songs and male vocals are by Martin Cockerham, who writes very hummable tunes with biting lyrics. Some collectors fondly label it a ‘lost classic’, since many people did re-discover it. Widely regarded today as one of the classics of British acid folk.