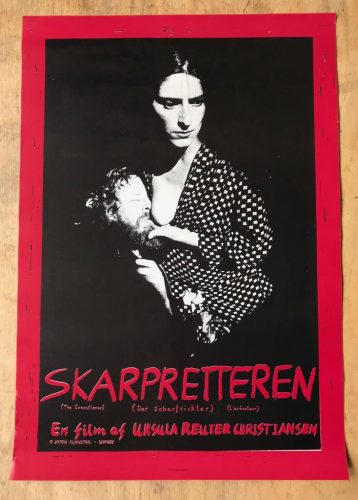 The original poster for Ursula Reuter Christiansen’s first film Skarpretteren (The Executioner) 1971. Ursula Reuter Christiansen plays the lead role in the film, which consists of a series of tableaux portraying her encounter with the executioner, an exhausted soldier, whom she breastfeeds, and a group of beer-drinking men who are digging her grave. The artist takes her rejection of the feminine role to the ultimate extreme by letting herself be killed by the executioner, so that she can be reborn a new woman. Dimensions 610mm x 425 mm. £50 + postage. Limited copies available.