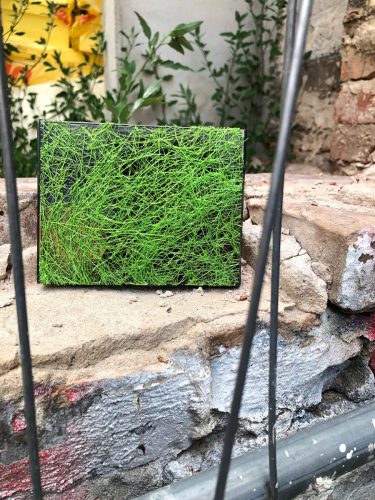 Wind and cars hum in harmony. Ancestors croon in the factories of the future. Hippos in swimming pools, dancing on mechanical milker rhythms. Cows rehash in the melodic air of church bells. A melodeon sobs in a vague radio broadcast. Someone warps a present, while a data processor calculates his own death. Can frogs talk to the machine? Sacred chants sang about their conversation. That night when the jungle cried. That night when whales hummed waves of sadness. A klaxon symphony on tribal grooves, street talks in BRICS countries. Someone flushes the gig economy, while the dishwasher gently weeps. Kashual Plastik been in the fields, bringing home the true fake, that surrounds us every day, everywhere, hidden in the sounds of many. A phonography compilation, that comes in two chapters: Document 1 and Document 2. Nothing authentic, yet genuinely realistic. Recorded in the global economy grasslands. On the fly and thoroughly planned. Netted by mindful observers, who respire the ambient noise for a better tomorrow, that might never come. Snow reaches out to the Tuatara, while in Berlin Spandau trains plow through the afternoon. Somebody comes home from a walk, engines squeal, tailpipes buzz in distance. Let’s fill up a glass of rum and toast on organ harmonics, sitting on a random platform at Tokyo’s Chōfu railway station, seduced by train announcements. Does a quiescent room breed noise? Analogue living in old towns, down there, where working on Sunday is the new Monday. At London’s Kingsland High Street religious rhythms cut the street noise. Nearby, in a local pub, a beer concert cheers millions. A Method To Exist, Malvern Brume, Susannah Stark, Jamie Burke, Laura Not, ML, Nika Son, Felix Kubin, or Red Brut, they all listened and absorbed. And many more too. How does the ambient sound to you? Never asked yourself this question? “Field Of Progress” hands out 28 ethnomusicological answers. They can polish the senses. For the fables of the environment. For the folklore of atmosphere. Bio music for data bodies. Wind and cars hum in harmony …