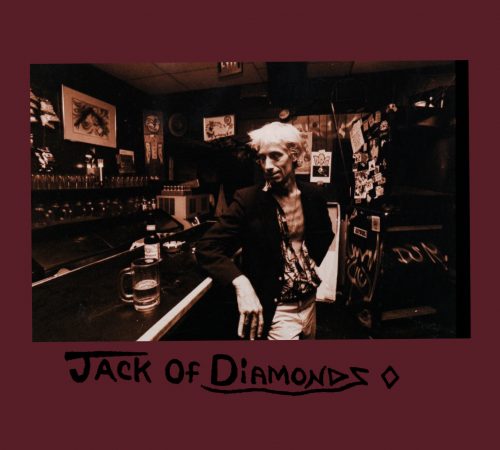 If Alan Licht ever continues with his revered Minimal Top Ten lists then Sam Esh would surely be added to the pile.

Penultimate Press is proud to release one of the most audacious and unrelenting entries in the entire minimal cannon. A collection of recordings from a true American eccentric maverick pioneer, Sam Esh. Originally available as 2 x cassettes in tiny editions on Mike Rep Hummel’s Old Age / No Age label these are now bound together on a 2CD set which does not interrupt the unrelenting creativity of Mr Esh. What does it sound like? Picture Moondog taking a turn for the far worse morphing into a way further crazed Legendary Stardust Cowboy who eschews any song tradition for an unrelenting hypnotic acoustic hurricane complete with glossolalia vocals.

This is raw primitive repetitive street blues, an acoustic freight train barreling through your brain.  It is unlike anything you have encountered prior.

It was Ron House (Great Plains / TJSA & others) that first steered me to the music of Sam Esh circa 1990. Sammy would bring his self made cassettes to Usedkids Records and Ron thought it would be something that would interest me, which indeed it did.
I had a cassette-only label I started in 1985 called OldAge/NoAge which had just started to garner interest in the outside world thanks to a RARE cassette review in Byron Coley’s Underground column for Spin Magazine (the 1989 Nick Cave issue) which was quite a surprise unto itself as it was a format Coley usually disdained.

I always knew Sam as a street slumming angel, never a bad word about anyone and always humble about his own prolific art (Sam also painted). Sadly there is so much more material that will likely never be heard, much of which is in an archive I call “The Esh File”.

Sammy was born and raised circa 1940 in Ephrata, PA. a small Amish/Mennonite town. His mother was a Smucker, a family famous in America for its jelly & jam empire. The school in Ephrata Sam attended as a teen specialised in linguistics because its founder was fluent in seven languages. Sam is a highly intelligent man who can read those seven, and also speak two of them; French & Swedish. Hence comes the roots of “Esh-ese”, as I call the generally incomprehensible to most folks he slips in and out of, his lyrical dialogue. I am quite likely the only person that has heard his ‘alternative language’ enough to understand most of it! Sam often sang and played in drug induced states hence this unique lingual hodgepodge streams direct from his altered temporal reality.

A large part of it has to do with a tragic event in Sam’s life 50+ years ago. He and his wife were in San Francisco during the late 60’s and imbibed in most of the indulgences that time & place was known for. They ‘took a trip’ to a remote area of Baja Mexico, and during an extended acid trip Sam caught dysentery, a bacterial disease that results from contaminated food or water. Being he was in a rural undeveloped area at the time, and under the influence of said drugs Sam very nearly died from lack of proper medical attention, and was severely affected cognitively by this near death experience.

The result of this trauma was a cognitive state that has ever since required medications psychotropic medications that do not mesh well with alcohol which Sam has been on and off for decades. Regardless Sam liked to drink, and when he did he developed something of a ‘Jeckyl-Hyde’ personality as a result. Sam was never violent or antisocial, but often quite difficult to relate to for most people.

One can only surmise this is why Sam was relegated to a quasi-street life existence by the time we started working together. Through six months of amazing shows (I drummed for the band he recruited to back him up called Hard Black Thing) Sam was quite charismatic on stage. We recorded the Incendiary release “Sam Esh & Hard Black Thing / Montezuma Baby Duck” released on Siltbreeze Records from ’92. Get a copy while they still have ’em (I think a few are still available)

Well I could go on, but am thinking I have said enough. Sammy now lives in seclusion far away from his Midwest roots in the deep South, but we still exchange correspondence art & music periodically. 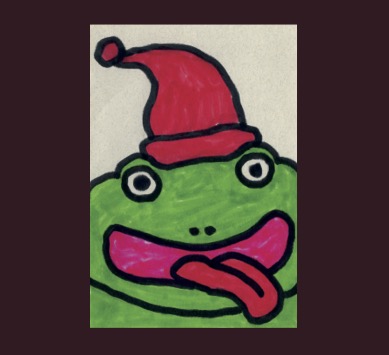